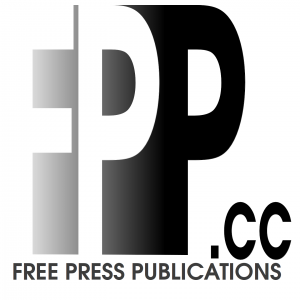 Anarchy in New England looks at the stateless society that exists in the year 2115, nearly a century after a worldwide economic and societal collapse. Jarvis says, “I have created the world I know is possible to achieve. It is not a pipe dream to think that the world will someday be free from tyranny. We are capable of forming a society where peace is the standard, and equality is realized.”

Jarvis has spent the last few years trying to showcase “the negative implications of a philosophy built on the idea that force is okay as long as the goals are noble.” But says his cries seemed to fall on deaf ears. Enter his first novel. “A fictional story offers a clean slate. It allows the demonstration of ideas and examination of philosophy. As an author, I have created a simulation of what might happen in the absence of government,” he says.

###
Free Press Publications is an independent alternative media and publishig company, founded in June 2009, with the mission of “ensuring a FREE PRESS for the FREEDOM MOVEMENT” and is committed to spreading the message of peace, freedom, love and liberty. FPP also gives new authors an avenue for publishing freedom oriented material.

This entry was posted in Uncategorized. Bookmark the permalink.

2 responses to “Darryl W. Perry – Announcing the publication of Anarchy in New England”