Posted on August 9, 2015 by William Saturn | Leave a comment 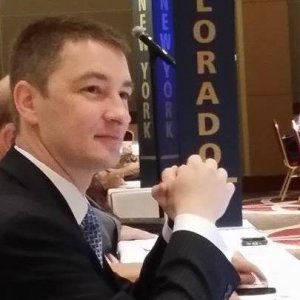 Libertarian National Committee chairman Nicholas Sarwark, who penned a strongly worded rebuke of Senator Rand Paul this past November, wrote an enthusiastic “Letter to the Editor” in the Miami Herald last week that praised Democratic presidential candidate Hillary Clinton for her “bravery” in supporting the lifting of sanctions on Cuba.

The letter, posted below, makes no qualification in its praise of Clinton, who is no longer in power and has no actual control over the lifting of sanctions.

Last week in Miami, former Secretary of State Hillary Clinton called for ending trade sanctions on Cuba. This was a brave move on her part, and I applaud her for it. I also applaud President Obama for re-establishing diplomatic relations and the Republican and Democratic lawmakers in Congress who are seeking to preserve Americans’ right to travel freely to Cuba.

We have seen that decades without diplomatic relations have done nothing to change the regime in Havana.

Likewise, decades of economic sanctions and travel restrictions have been unproductive at best and arguably may have even strengthened the Castro’s hold on power.

Some people advocate sanctions in the name of liberty. I think their intentions are benevolent. They think that sanctions are a relatively peaceful tool for opposing regimes that we think are inappropriate in some way, typically in the realm of human rights. I, too, am passionate about the human rights of oppressed people worldwide. But the United States now has decades of evidence that shows that sanctions rarely achieve their intended goal and, instead, hurt the very people the sanctions were intended to help.

Advocates of sanctions also forget that such restrictions also violate our rights, as Americans, to travel and trade where and with whom we choose.

Freedom is best advanced not by governments, but by individual people interacting with each other of their own accord.

If we are truly concerned about the human rights of people in countries such as Cuba, Iran and North Korea, the best thing we can do is to end our sanctions on those countries and let our citizens interact and trade freely with their people.

Sarwark did not mention that Clinton called for tougher sanctions on Russia just last year.  He also omitted the fact that Rand Paul, who is running for president in a party with stronger support for the Cuba sanctions, has also openly opposed the sanctions.

An anonymous IPR user has provided an interesting theory for Sarwark’s unequal treatment:

We must always ask ourselves “How could we lose?” and “What actions does our enemy hope we take?” The current chairman of the LP is not mentally equipped to ask these questions. He thinks the minor step of catering to “liberals”(socialists), as a counter-step to having mistakenly catered to “conservatives” for so long, is wise.