Posted on January 25, 2016 by Krzysztof Lesiak | Leave a comment 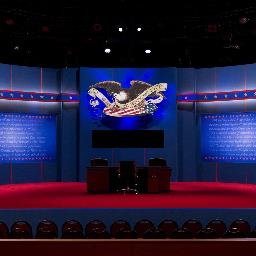 According to IndependentDebate2016.com, on January 28th, 2016 at the Reeves Uptown Conference Center at 1639 Ryan St in Lake Charles, Louisiana, a debate between a Republican, Democrat and independent and third party presidential candidates will be held. According to the website, a live-stream broadcast of the debate will begin on the website’s YouTube channel.

According to the “debate rules” page on the website, debate moderator Jackie Simien (a former ABC/NBC news anchor) will ask questions about the economy, the affordability and availability of healthcare, Social Security, foreign policy, the size and scope of the federal government, income and wealth inequality, illegal immigration, crime, homelessness, race relations, the environment, and other issues. Candidates will have 90 seconds for their initial answer, 30 seconds for a rebut all, and 60 seconds to give their closing statement.

A short video promo can be found on the website as well:

An excerpt of a statement  that was posted on IndependentDebate2016.com is below:

It has been 23 years since we last saw an independent candidate on the presidential debate stage. Under the current rule we may never see another one. The American people are demanding more competitive and inclusive elections, and they want independents to have a fair chance. The Commission on Presidential Debates should live up to its responsibility and change the rule now.

With all the recent announcements, it appears that at least 20 Democrats and Republicans will be running for president in 2016. The field is so crowded that, at first glance, it’s a mystery that some of them aren’t running as independents. The answer to the mystery may be simple. If you are an independent, you have no chance of participating in the final fall 2016 presidential debates, and if you aren’t in the debates you can’t become president.

Why can’t an independent stand on the stage with the Democratic and Republican nominees? Because rules set by a commission dominated by the two major parties stand in the way. For the men and women who run for president and vice president of the United States, the national debates are a great rite of passage in the long political campaign. Every four years, tens of millions of Americans watch the nominees make their case to the voters in the final weeks before Election Day. Some voters decide who “wins” each debate; others use the debates as the means to decide for whom to vote.

We are deeply concerned about a rule that was established 15 years ago that serves only the Democratic and Republican nominees and blocks third-party candidates from participating in the presidential debates. A rule that has the effect of excluding independents is unfair and harmful to our democracy.

Read the rest of the above statement at IndependentDebate2016.com.