Posted on January 28, 2016 by Krzysztof Lesiak | Leave a comment 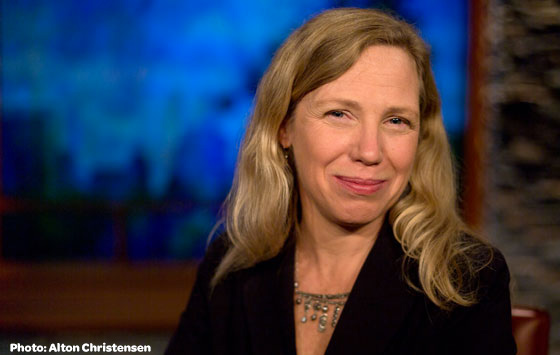 Dr. Margaret Flowers calls for Congressional action to address the impacts of the more than 15,000 abandoned and exposed hazardous uranium mines throughout the United States.

Flowers is seeking the Green Party’s nomination for U.S. Senate in Maryland. She works independently with the groups Clean Up the Mines! and Popular Resistance, which are meeting this week in Washington, DC to raise awareness of the continuing radioactive contamination affecting millions of people.

Approximately three-fourths of the nation’s abandoned uranium mines are located on federal or Tribal lands, disproportionately affecting Indigenous communities. Representatives of some of those communities want the public to know that they are the “miner’s canary.” They will talk about many forms of homegrown radioactive pollution in addition to the mines that are impacting people across the US. There is no safe dose of radiation.

Dr. Flowers and representatives of these communities from the Southwest and Northern Great Plains will be holding events in Washington DC this week, including a protest in front of Environmental Protection Agency headquarters on Thursday afternoon.

“In the Senate I will sponsor the Uranium Exploration and Mining Accountability Act,” said Flowers. “Because there are no laws on the books, corporations and the federal government are evading responsibility for cleaning up these toxic, hazardous sites. They are an invisible threat causing cancers, birth defects and diseases. We must introduce legislation to clean up the mines and affected areas, provide clean water and compensate individuals who are suffering adverse health effects from living near them.”

This entry was posted in Green Party and tagged Green Party, Margaret Flowers. Bookmark the permalink.