Posted on February 5, 2016 by Krzysztof Lesiak | Leave a comment

Myles Hoenig, the Green Party candidate for the Maryland Seventh District U.S. House seat, says he “looks forward” to facing Democratic Rep. Elijah Cummings, who announced this week that he will seek re-election.

Hoenig said Cummings “has had a long and distinguished career in public service fighting for civil rights and human dignity. However, the mood in this country right now is finally saying no to the status quo, of which the Congressman dutifully represents.”

Hoenig faulted Cummings for accomplishing “little for this district” and said he “played politics and helped President Obama kill Single Payer and the public option” despite Cummings’s long-time support for a single-payer system.

I am running for Congress because we need to turn the United States Congress Green and turn it away from the two capitalist parties. The Democrats and Republicans are putting us into a deep hole and they are only digging us deeper. The Green Party is the ladder to take us out and into a better future.

So much needs to be done, such as: jailing the bankers, implementing single payer health care, and ending the phony, racist war on drugs. We also need a radical re-evaluation of our relationship with Israel.

We in the Green Party are not funded by the corporations who have bought the two party system. We rely on donations from individuals. Ordinary people working together can create extraordinary change. Please consider donating to my campaign. Please also consider volunteering for this campaign. Get in touch with us to help out. We need your support! 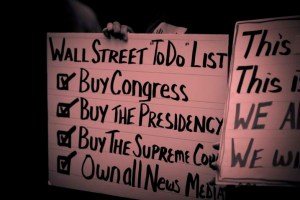 A high school teacher for over two decades and a product of Baltimore City public schools, Myles Hoenig has been a life long advocate for social justice, from the 60’s to the present. He has been involved in issues ranging from civil rights, farm workers’ rights, peace and education.