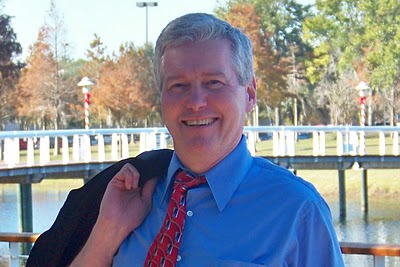 Darcy G. Richardson is an author, historian and political activist. He ran for the 2012 Democratic Party presidential nomination, running against President Obama in five states. He is co-founder of a third party political blog called Uncovered Politics. On March 6th, Richardson responded to an IPR article which reported that Gary Johnson had called Donald Trump a “pussy” three times:

I agree with the Rev. Clifton. I don’t think it’s a matter of being self-righteous, but Johnson’s remarks are sophomoric at best and disturbingly immature at worst. It kind of reminds me of the things one might have heard in the junior high school locker room, or in an after school pickup game of football.

If the former governor of New Mexico was comparing his intellectual prowess to that of the GOP frontrunner that would certainly be acceptable, but I’m not sure that a candidate with the leisure time and means to climb mountains all over the world — and engage in other meaningless physical accomplishments — while most Americans are struggling just to get by, is a valid argument for occupying the White House. It certainly isn’t a qualification for the presidency.

There are more than enough substantive ways to attack Donald Trump. Many more.

If Gary Johnson spent as much time boning up on the issues, exercising his brain as much as his body, he’d have a much stronger case against the megalomaniacal real estate mogul. But he’s simply clueless — as this video clearly shows. He could start, I suppose, by occasionally reading a newspaper — if that’s not too difficult.

Calling a potential rival a “pussy,” is beyond the pale. It’s hard to believe that this is the state of American politics in 2016.

This is beyond pathetic.

I don’t know who is advising Gary Johnson — maybe a disgruntled Marco Rubio reject is filling that role — but in a year when our politics already resemble a WWE wrestling match, a dignified alternative might have done very well. It’s kind of sad to see the leading Libertarian Party candidate for the White House engaging in this sort of nonsense. Then again, it begs the question. Who, exactly, is Johnson’s constituency? Who is he trying to appeal to by this kind of language?

If Johnson is trying to come across to the unwashed masses as some sort of modern-day Teddy Roosevelt, he should give up the ghost now. Whether one agreed with him or not, T.R. was actually engaged in the crucial issues of his time and could speak at length about any of them. Johnson can’t — or at least hasn’t tried to do so. Name-calling is much easier for lazy politicians.

Think about it. When it comes to the myriad of issues facing the country, has anybody here ever asked himself or herself. “Gee, I wonder what Gary Johnson thinks about that?”

Most Libertarian activists know, if they’re really honest about it, that he wouldn’t have anything substantive or insightful to add to the conversation. It’s not even clear that he understands libertarianism, as many have already pointed out. He’s not exactly a cerebral guy, and he obviously hasn’t done any of the rigorous intellectual work necessary to master even the simplest of the complex issues confronting the country, let alone present them from any kind of coherent libertarian perspective.

Americans are yearning for a dignified alternative, probably now more than ever. This could have been the year for a major breakthrough — a once-in-a-lifetime opportunity that will probably be squandered by a presumptive presidential nominee who simply isn’t up to the task.

Seriously. I can’t imagine Harry Browne or Ed Clark, both of whom measured their words carefully — or any other past Libertarian presidential candidate, for that matter — engaging in this kind of childish rhetoric. How sad. How truly sad.