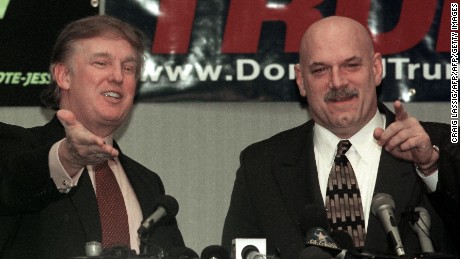 Three influential leaders of the conservative movement have summoned other top conservatives for a closed-door meeting Thursday in Washington, D.C., to talk about how to stop Donald Trump and, should he become the Republican nominee, how to run a third-party “true conservative” challenger in the fall.

The organizers of the meeting include Bill Wichterman, who was President George W. Bush’s liaison to the conservative movement; Bob Fischer, a South Dakota businessman and longtime conservative convener; and Erick Erickson, the outspoken Trump opponent and conservative activist who founded RedState.com.
Story Continued Below

One response to “Politico: Top conservatives gather to plot third-party run against Trump”