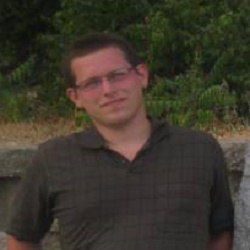 The following press release was emailed to the IPR Google group email list:

SPRINGFIELD, IL, March 25, 2016 – During a radio appearance earlier today on News/Talk 970 WMAY in Springfield, Jake Leonard, 29, officially declared his candidacy for state representative in Illinois’ 95th Representative District, which covers all of Montgomery County and portions of Christian, Macoupin and Madison counties.

When asked why he had chosen the Libertarian Party, he stated, “I have always considered myself an independent-type voter and for some reason, there was no way I could vote either way, so I became interested in the Libertarian Party back in 2010. I voted for Gary Johnson in 2012 and I only thought that never in the district’s history have they ever had a third-party candidate run for state representative, so why not start now and start the trend to get more Libertarians to run for office?”

Leonard expressed interest in running for the seat in October 2015 following former candidate Christopher Hicks’ departure to run for the Republican Party nomination against incumbent Avery Bourne and former educator Dennis Scobbie. He was recently endorsed by the Libertarian Party of Illinois during the candidate segment of the business meeting, which was held on March 12. He will be facing off against Republican incumbent Avery Bourne and Democrat challenger Mike Mathis in the November 8 general election if he’s able to submit at least 1,756 petition signatures to get on the ballot.

“I knew I had to be the individual to step in and give the people a choice other than that of a Republican and a Democrat,” Leonard stated during in an interview with the Nokomis Free Press-Progress on Wednesday.

“One of the problems I look forward to addressing in my campaign is the fiscal and pension crises that Illinois is experiencing; it is a taxation issue as well as an overspending issue. I am running to restore Illinois back to a state of fiscal responsibility that brings in positive cash flow.” Currently, Illinois has a $9 billion annual deficit, owes $159 billion in IOUs and is expected to hit a $1 trillion public employee pension shortfall by 2018 and is the last state in the U.S. to be operating without a fiscal budget for the 2015-16 fiscal year with the 2016-17 budget deadline quickly coming.

Jake Leonard, an entrepreneur, owner of a business specializing in multimedia broadcasting, freelance journalism and information technology and a freelance political writer for the Free Press-Progress, resides in Nokomis and is currently attending Kaskaskia College pursuing a degree in network administration and security, with expected completion in 2018. You can follow his campaign through his website at jakeleonardforliberty.com and at @LeonardIL95th on Twitter.