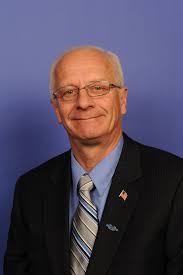 AAN: You’re a former Republican Congressman. What made you decide to run for VP of the Libertarian Party?

Congressman Bentivolio: Well, I was not welcome in most of the circles of the Republican Party. I thought it was an inclusive party, but they’re exclusive, and you can only run with the permission of the power brokers.
Look, I fought in two wars. I don’t care who you are. You’re going to show me the same respect of anyone else, and if you can’t do that, then I don’t want anything to do with you. As my former staffers will tell you, I gave Speaker Boehner the same respect I gave the cleaning lady in my office. People are human beings. The sad part is my opponent walked in at the moment I got elected and said “we’re not only going to take this seat back we’re going to destroy him personally.” From the very beginning they didn’t even give me an interview, and I think as a vet of two wars and having served honorably in Congress, not chasing women, not drinking excessively, and not using drugs I was entitled to that. Instead they slandered and libeled my name. It made me feel like when I came home from Vietnam- unwelcomed, unappreciated, and betrayed. That took 40 years to heal, and now they opened it again, and if they want to call that bitter, well, guess what? You’re absolutely right. I’m VERY bitter.