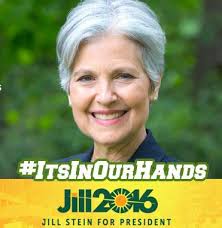 “Another Clinton in the White House is just going to fan the flames of the right-wing revolt,” she says

Hillary Clinton’s plan to win the White House relies heavily on winning the support of women voters. And she shouldn’t have much problem doing that: Not only does she have the endorsements of many marquee women’s organizations — EMILY’s List, NOW and Planned Parenthood, for example — she’ll likely face Donald Trump, a candidate who is despised by women at historic rates. (A recent poll found seven out of ten women voters have unfavorable views of him.)

Trump’s accusations that Clinton has coasted through life with gender-based advantages may have helped shore up his credibility with resentful men’s rights activists, but it probably helped Clinton more. She raised $2.4 million off his infamous “woman card” remarks, one of her best fundraising pushes of the campaign.

For many women voters, the choice between the likely major-party nominees is relatively easy: One of them has a demonstrable history of misogyny, and does things like say women should be punished for getting an abortion, and the other supports equal pay for women and stronger protection for reproductive rights.

But as Jill Stein, the Green Party’s presumptive presidential nominee, would like to remind voters, Clinton isn’t the only woman in the race. Stein makes a strong argument that the Green Party platform is better for many more women than Clinton’s.