Posted on June 4, 2016 by Krzysztof Lesiak | Leave a comment 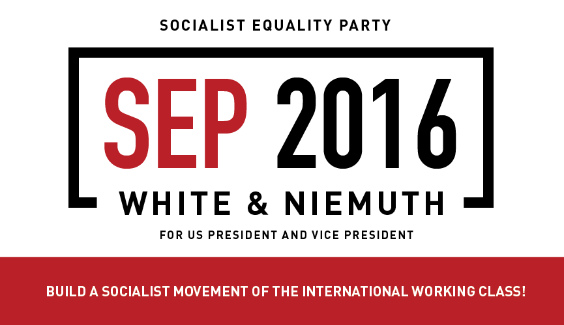 The following election newsletter from the Socialist Equality Party was emailed today:

With the US primary campaigns drawing to a close, the two parties of the US ruling elite, Democrats and Republicans, are preparing to nominate candidates who may be subject to criminal indictment between now and the general election.View this email in your browser 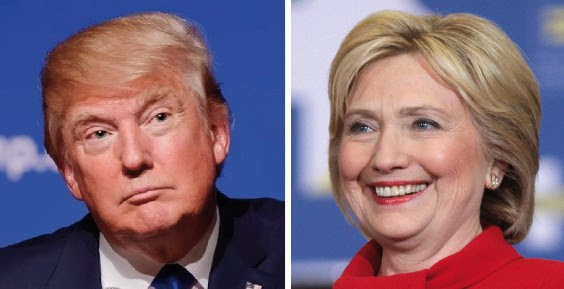 The US elections and the criminalization of American politics

With the US primary campaigns drawing to a close, the two parties of the US ruling elite, Democrats and Republicans, are preparing to nominate candidates who may be subject to criminal indictment between now and the general election.

The Republicans have as their presumptive nominee Donald Trump, a man who made his billions through various scams and insider dealings. US newspapers have been filled this week with details of the fraudulent methods he employed to enhance his fortune. Court documents in the lawsuit joined by numerous former students at Trump University allege that the supposed training in real estate provided by the school was a fiction.

On the Democratic Party side, Hillary Clinton is currently under investigation for conducting all her government communications while Secretary of State on a private email server, an arrangement clearly intended to keep her correspondence under her control, regardless of the provisions of the Freedom of Information Act. Later this summer she is expected to be interviewed by the FBI, which could lead to criminal charges over the mishandling of classified materials or perjury.

Clinton is also more directly associated with the crimes of the state and the military-intelligence apparatus. The criminalization of the American financial aristocracy has found its reflection in foreign policy—in the casting aside of all legality and the adoption of torture, assassination and “preemptive war” as principal means for asserting the interests of the ruling class abroad. Read more »

As her poll numbers decline, Clinton appeals to military in San Diego speech

In a speech delivered Thursday in San Diego, Democratic presidential candidate Hillary Clinton advertised herself as the most able representative of US imperialism and a career-long, consistent supporter of the American war machine.

The speech was targeted not at the California voters who go to the polls on June 7, but at the military-intelligence apparatus which will play a more prominent, backstage role in determining the next president. In the speech, Clinton sought to portray herself as the ruling class’s best alternative to the presumptive Republican nominee, Donald Trump.

Clinton indicated that Trump was dangerous because he would not adequately prosecute the interests of Wall Street on an international scale. Read more »

Economic nationalism and the growing danger of war

By every measure, the world economic and political situation is increasingly coming to resemble the 1930s—a decade marked by social devastation, economic conflicts and rising geo-political tensions that led to the explosion of war in 1939.

The global economy is moving further into “secular stagnation,” a term first coined in reference to the Great Depression to characterise a situation where global demand persistently falls below output, leading to glutted markets and “over production.” Read more » 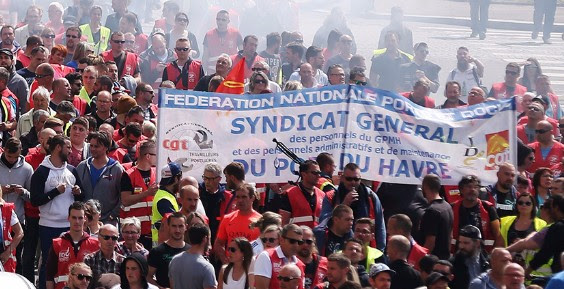 As anger in the working class spreads, the unions are being compelled to call strike action to keep political control over the strikes and avoid being outflanked by militant sentiment in the working class. They feared that if they had not called strikes, wildcat strikes would have erupted against the law anyway. Read more » 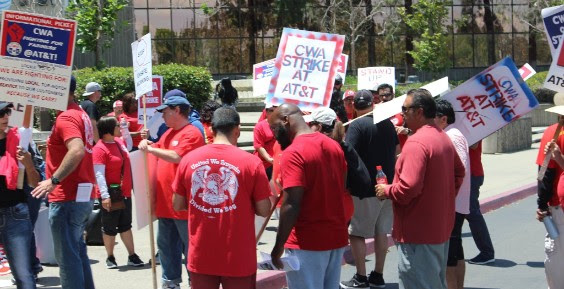 Lessons of the Verizon Strike

Nearly 40,000 workers at Verizon Telecommunications returned to their jobs late Tuesday evening and Wednesday morning, ending one of the largest and longest strikes in the US in recent years.

The circumstances surrounding the calling off of the strike were particularly despicable. After 10 days of secret talks overseen by Obama’s labor department, the Communications Workers of America (CWA) and International Brotherhood of Electrical Workers (IBEW) announced that they had reached an “agreement in principle” over the Memorial Day weekend (when workers were off the picket lines) and were ending the seven-week strike. The unions ordered workers back to work without releasing the full contract—since there was not one—or allowing workers to vote on it.

This makes all the more necessary a careful evaluation of the vital lessons, not only for Verizon workers, but for the working class as a whole. Read more »

The return of the “grand narrative”

Throughout the world, a rising tide of social struggle is upending the proclamations by anti-Marxist intellectuals that the “grand narratives” of working-class struggle and socialist revolution have been superseded.

In the United States, where the ruling class and its propagandists have long sought to deny the very existence of distinct social classes, tens of thousands of communication workers went on strike last month.

Despite the proclamations of the anti-Marxist theoreticians that Marxism is dead and buried, a new generation of youth, students and workers are living the “grand narrative” of economic breakdown, social polarization, war and dictatorship. Read more » 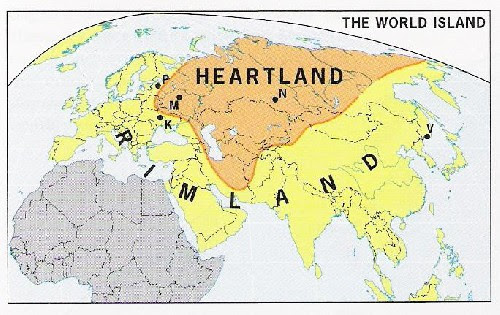 The Strategy of the Intermarium

In large measure, this is bound up with the increasing popularity of his conception of the Intermarium, a pro-imperialist alliance of right-wing nationalist regimes throughout Eastern Europe that was primarily directed against the Soviet Union. The resurgent interest in the Intermarium has been bound up with the increasing drive toward a new world war, which, as the ICFI stated in its resolution “Socialism and the Fight Against War,” has been accompanied by a revival of geopolitics among the ideologists of imperialism.

This series reviews the history of the Intermarium, the main basis of which emerged in the period leading up to World War I, as a bourgeois nationalist antipode to the United Socialist States of Europe that were proposed by Leon Trotsky. Read more » 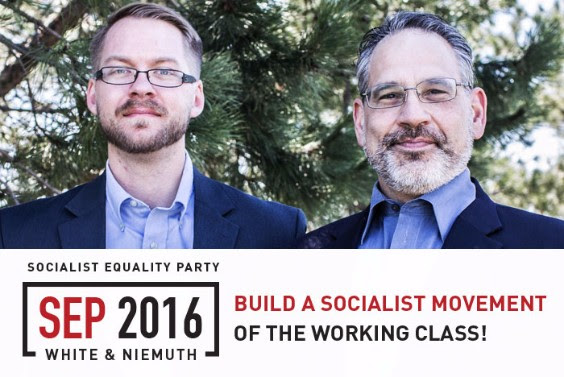 The Socialist Equality Party has selected Jerry White as its presidential candidate and Niles Niemuth as its vice-presidential candidate in the 2016 elections. White and Niemuth will run on a socialist, anti-war and anti-capitalist program in the interests of the working class in the United States and around the world.

The 2016 elections are being held under conditions of intensifying international and domestic crisis. The shadow of global military conflict looms over the elections. The vast majority of American workers and youth are experiencing a relentless decline in their standard of living. While the richest one percent controls the economy, most Americans struggle to make ends meet, millions live in outright poverty, and a substantial percentage of children go hungry.

Neither the Democratic Party nor the Republican Party has anything to offer the great majority of the American people except war, political repression and worsening social conditions. They are the parties of the Wall Street banks, the massive corporations, the Pentagon and the intelligence agencies. Regardless which of these two parties wins the November election, the next government will be the most reactionary, repressive and violent in American history.

The Socialist Equality Party candidates will use the campaign to advance the socialist alternative to capitalism, raise the political consciousness of workers and youth, oppose all forms of national chauvinism, racism and anti-immigrant baiting, fight to unify all workers in the United States, throughout the Americas and internationally, and prepare the working class for the coming struggles.

Read the program of the campaign here »