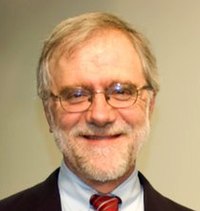 June 5, 2016 – Howie Hawkins, the Green candidate for New York Governor in 2014, made the following statement in response to Gov. Cuomo’s executive order on BDS today (via Green PartyGreen Party):

Gov. Cuomo issued an executive order on Sunday that blacklists and sanctions people, companies, and other organizations that support boycotts, divestment, and sanctions (BDS) against Israel until it complies with international law and Palestinian rights.

Cuomo’s order is an unconstitutional infringement on 1st Amendment free speech rights, initiates a McCarthyite witch hunt against BDS supporters, unethically defends racial discrimination and human rights abuses by the state of Israel, and makes the possibilities for a just peace in Israel/Palestine all the more difficult. I support BDS against apartheid Israel for the same reasons I supported BDS against apartheid South Africa: racist pass laws, denial of civil and political rights, ethnic cleansing, and theft of land and property by an apartheid state against a targeted ethnic group.

So Cuomo just blacklisted me. But I won’t be silenced in my advocacy of nonviolent economic resistance to Israeli apartheid.

What is not helpful is the for the U.S. to blindly support Israel no matter what it does to Palestinians, which is what Cuomo’s executive order does. It is not only an attack on political freedom at home; it is an attack on the prospects for peace in the Middle East.