The Post Star: Green Candidate Funiciello should be taken seriously 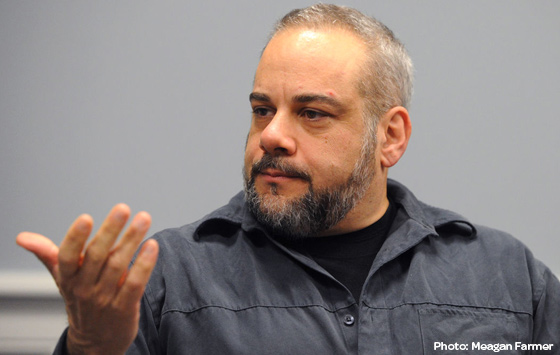 Matt Funiciello is an outsider, but he’s no Donald Trump. He presents an alternative vision for the country based on advocacy for the working class, reduction in military adventurism and promotion of green energy that is both radical and thoughtful.

We do not share Funiciello’s moral certainty about what the country is doing wrong and what should be changed. But there is an impressive sincerity and consistency to his agenda.

Funiciello, owner of Rock Hill Bakehouse, is running as a Green Party candidate against Republican incumbent Elise Stefanik and Democrat Mike Derrick to represent our local district, the 21st, in Washington.

We are accustomed to a mix of slogans, pablum and predictable policy positions from congressional candidates. We have gotten so used to the sameness of political discourse, we perk up when a candidate says anything unpredictable, even if it’s moronic.

With Funiciello, you may not share his vision, but you can’t call it simplistic or unambitious. It cannot be distilled to a four-word slogan. He believes large changes are needed, and that can happen only if we elect to Congress people who do not owe their political viability to large corporate interests.

Congress should be “a glorious cacophony of voices,” Funiciello said in his recent meeting with The Post-Star editorial board. “They’re not going to be different if they all have the same sponsors.”

“They’re not our representatives. They represent the people who buy their seats for them,” he said.

Read the rest of the editorial here.