From the website of the United Independent Party (Massachusetts), July 18th, 2016: 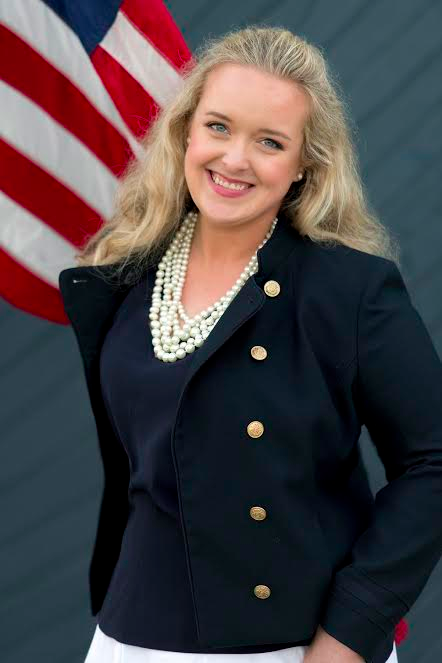 Cohasset resident Keri Thompson, a long-time Democratic activist, has joined the United Independent Party and is running in its primary for the 3rd Plymouth District State Representative seat.

COHASSET– Cohasset resident Keri Thompson announced her candidacy today for the United Independent Party (UIP) primary for State Representative for Massachusetts’ 3rd Plymouth District. Keri is a full time communications teacher at Emerson College and a long time local civic and political activist. At the same time, Keri, a long-time Democratic activist who has now joined the UIP, announced she had earned the endorsement of 2014 GOP Senate candidate Gabriel Gomez for her election.

“The people of the 3rd Plymouth District need someone who will fight for their voices rather than those of the party elites. Our two party system is fundamentally flawed and I can no longer defend an institution that serves only itself,” said Keri. She continued, “we need more backbone and less ego. We need more courage and less corruption. We need to elect candidates that care more about making a difference and less about making a living.”

Gabriel Gomez, a Cohasset native, former Navy SEAL, and 2014 Republican U.S. Senate nominee endorsed Keri enthusiastically, saying, “My friend and neighbor Keri embodies the principles of service before self that defined my own career in the military and campaign for office. We may have started out in different parties, and we may not agree on everything politically. But we are coming together today to put the people of this district first and give them the choice to send a real representative to Beacon Hill who will fight for them, and not the party elites. I am proud to stand with her today and throughout this campaign”.

“The United Independent Party is about bridging the divides in this country and bringing authentic leaders together to solve our problems. We don’t have to agree on everything to agree that this system is broken and we can only fix it by stepping up and taking a stand. Keri embodies that spirit and we are honored to join a proven leader like Gabriel Gomez in endorsing her” said United Independent Party chairman Evan Falchuk.

Like other candidates running on September 8, Keri will need to earn at least 150 write-in votes to win the UIP nomination. The UIP primary is open to registered UIP members and unenrolled voters. Keri will begin her campaign by reaching out to voters across the district to listen to their concerns and develop informed policies to address them.  She is proud to be running in the people’s primary for the 3rd Plymouth District and will fight for every community.

Keri is currently a Senior Lecturer at Emerson College in the Department of Communication Studies, where she teaches public speaking and is a popular teacher and valued colleague. Additionally, Keri serves as a part-time communication consultant at Babson College and occasionally adjuncts at Curry College and Cape Cod Community College.

Locally, Keri is a member and early founder of South Shore Progressives. She has previously worked with Planned Parenthood and the U.S. Department of State at the U.S. Embassy in Suva, Fiji. She is also a graduate and consultant for the “Emerge” program in Massachusetts—an organization dedicated to training and supporting women who run for office. Keri calls Cohasset home and can often be found near the ocean sporting her Red Sox hat and “Free Brady Again” hoodie.

To learn more about Keri Thompson, visit her campaign website at http://www.joinkeri.org