As of September 7, 2016, we are on the ballot in 44 states and the District of Columbia, with voters in another 3 states able to write-in. We’re waiting for Rhode Island to certify our petitions. If successful, that will mean the Stein / Baraka ticket will be on the ballot in 48 states including the District of Columbia.  The record was held by Ralph Nader when he ran on the Green Party ticket in 2000 with 43 states. 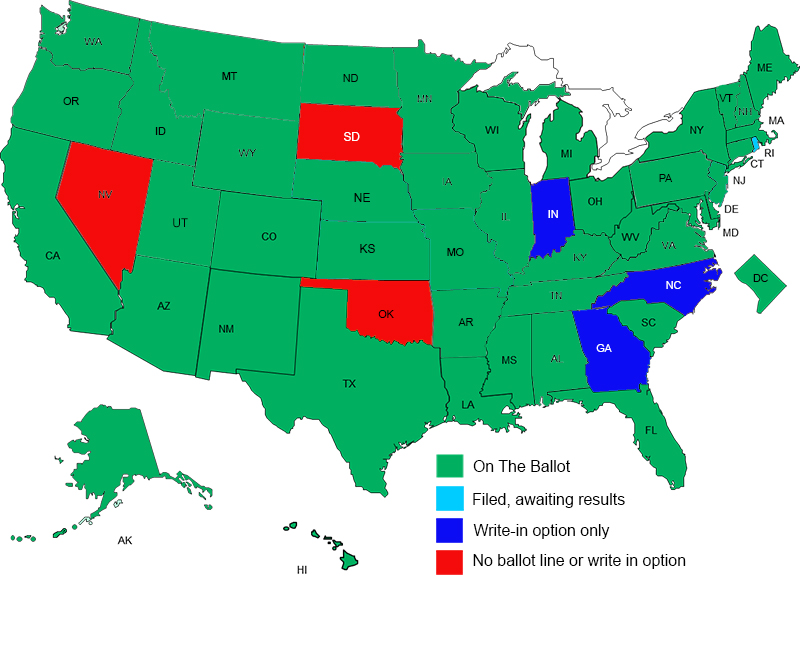 This entry was posted in Green Party, Jill Stein. Bookmark the permalink.