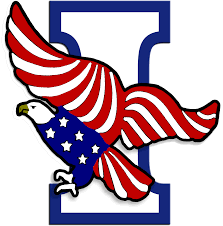 Evan McMullin received the ballot line of the Independent Party of Florida, the state’s third-largest political party with over 258,000 registered voters. Evan is also on the Independence Party ballot line in Minnesota and South Carolina. All of the appropriate paperwork was submitted in a timely fashion to the Florida Department of State Division of Elections, including a list of electors.

When Governor Rick Scott’s Administration learned Evan was on the Independent Party ballot line, it took what appears to be a deliberate, political action to strike the Independent Party’s candidate from the ballot over an administrative pretext that it did not apply in comparison to other minor parties with fewer registered voters or only a paper presence in Florida, like the Reform Party.

Interestingly, minor parties that are viewed as likely to cost Hillary Clinton votes were allowed to remain on the ballot, while those that were expected to take votes from Donald Trump were stricken.

Today, Governor Scott has disenfranchised the members of the third-largest party in the state using a novel standard that cannot survive legal scrutiny. It is a standard that treats minor parties unequally without furthering a legitimate state interest.

As a fervent Trump supporter, Governor Scott appears to have pulled out all the stops to help the Republican nominee. This has naturally raised serious questions about whether his constant, open support of Donald Trump has influenced this process.

The Department of State is in possession of an appeal to reinstate the Independent Party line and give all Florida voters a chance to vote for Evan McMullin.

We hope they will do the right thing for the people of Florida.

This entry was posted in Independents, Third Parties General and tagged Evan McMullin. Bookmark the permalink.